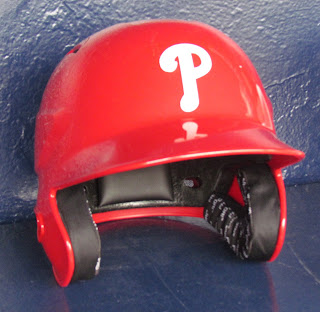 What a day it was for Ben Brown. The right-handed pitcher showed why he’s considered a standout on the Gulf Coast League Phillies West team in a 5-0 victory over the Tigers East team on Tuesday afternoon in Lakeland, FL.  In six innings of work, the 18-year-old Brown looked dominant, holding the opposition to two singles and a walk while recording 16 strike outs.

“Ben Brown to me has been my most consistent starter,” said GCL West pitching coach Matt Hockenberry. “He has been a guy that he’s a leader on the field. He gets outs. He gets quick outs. He pitches to contact. He’s just a guy that’s going to be exciting to watch in the future.”

Contact wasn’t truly on the docket for Brown on Tuesday, though, as he missed a ton of bats.

The Phillies’ 33rd round draft selection last June, Brown sports a 3-0 record with a 1.80 ERA and a .193 batting average against and a 13.5 K/9 mark in six appearances (five starts) for the GCL West team.

Brown, whose repertoire features a (usually) 92-94 MPH fastball, a curve ball and a change up, recalls having similarly strong outings in high school, but doesn't think whiffing opponents was his claim to fame before today.

"Since I got down here, the strike outs haven't really been there," Brown stated.  "Of course, the hitters are better (here) than on Long Island, NY.  But, you learn how to read swings a little bit better, the more you're down here, and eventually, like how I was pitching today, I was able to get some reads on the swings and I was able to put you away."

As remarkable as his stat line seems, the humble Brown refrains from taking much credit, dishing nods to Hockenberry as well as his battery mate Logan O'Hoppe.  He acknowledges the backstop for calling a good game and sticking with their game plan.  The coach receives accolades for countless aspects of the young pitcher's development and progress.

The props go both ways, however.

O’Hoppe, the Phils’ 23rd round draft pick this year, is having a remarkable campaign as well.  He's batting .500 with three doubles, a triple, a home run and eight RBI through 15 contests.  He credits his roommate and fellow Long Island, NY native, Brown, with helping him stay focused.

“Ben’s helped me a lot. If I needed to talk about home of anything I could talk to him and he, obviously, would understand ‘cause we’re from 10 minutes away from each other at home,” O’Hoppe said. “He helped me a lot with keeping my head on straight with my work down here and not missing home too much.”

It’s been a noteworthy year to date for the six-foot-six 210-pound Brown.  During extended spring training, prior to the GCL regular season getting started, Brown made an appearance in an intra-squad exhibition and faced big league infielder J.P. Crawford, while the Phils’ 1st round pick from 2013 was rehabbing an injury. Brown was tagged for a home run and a walk by the nearly five years elder Crawford, but Brown also struck him out and views the experience as a significant learning experience on his road to bigger things on the baseball diamond.