By Jay Floyd June 30, 2014
On Sunday, Lakewood's FirstEnergy Park, home of the Class A BlueClaws, played host to TNA Impact Wrestling's 2014 World Tour.  For a stop in a summer series of events held at minor league baseball venues some of the most talented in-ring performers in the world took part in the company's Basebrawl show. 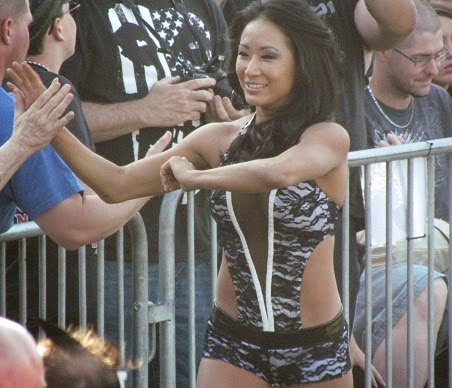 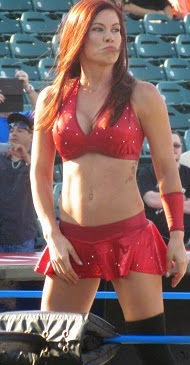 Madison Rayne, a former TNA Knockouts Champion, is pictured above. 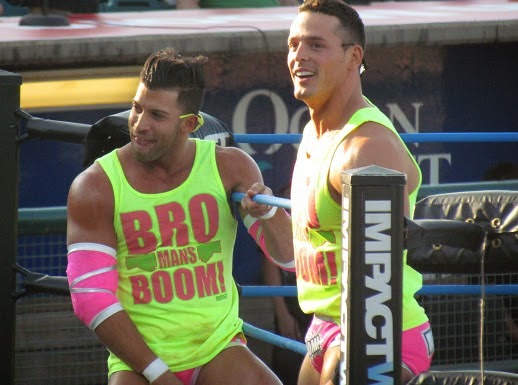 Jersey's own Robbie E and Jesse Godderz, two CBS reality competition starts, make up a tag team known as the Bro-Mans.  They challenged the TNA World Tag Team Champions, The Wolves, on the card. 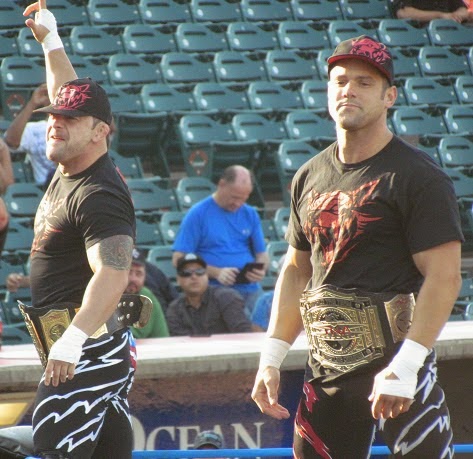 Davey Richards and Eddie Edward, The Wolves, were victorious in their tag team title defense against the Bro-Mans. 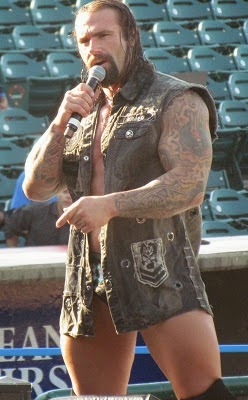 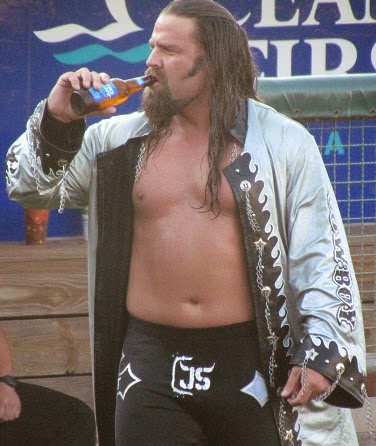 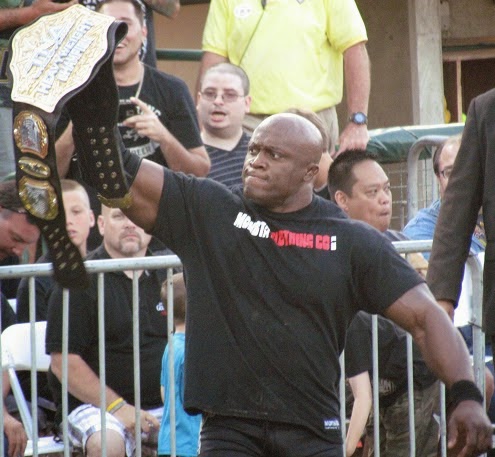 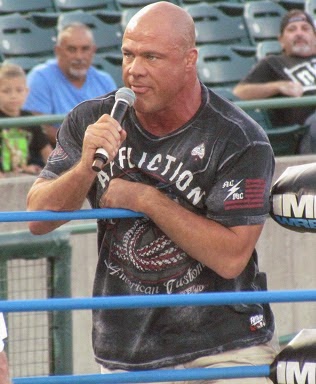 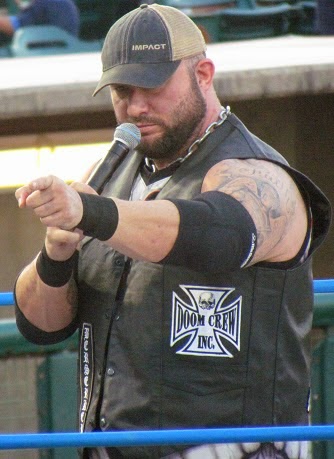 "Bully Ray" was victorious in a handicapped match against Rockstar Spud and Ethan Carter III. 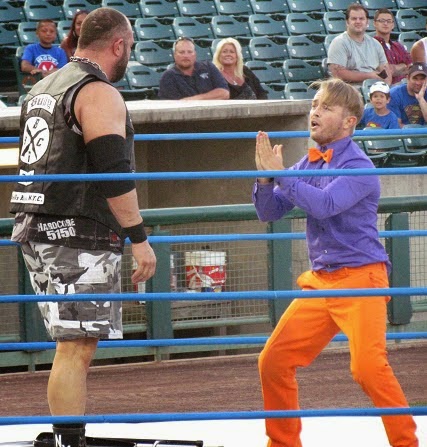 Bully is seen here striking considerable fear into his opponent, Spud, who begged for mercy. 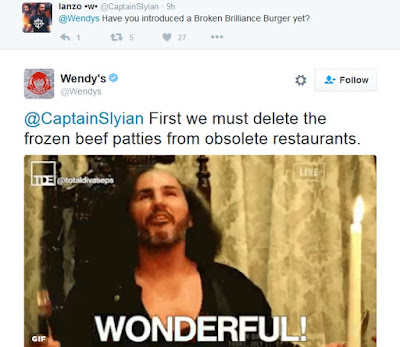