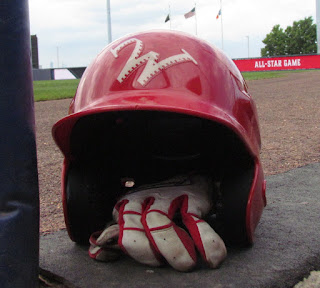 I invite you to visit Patreon.com/PhoulBallz in order to support my work and get access to material like this before anyone, plus you'll get interviews as well as other exclusive content you won't be able to consume anywhere else.  I could use and I would appreciate your backing.

At long last, Phillies minor league coaching staffs began to trickle out via each team's news feed on Friday with a few notable additions to the organization's developmental field staffs.  Here is a complete rundown of each team's coaching staff.

The Class A Short-season Williamsport Crosscutters will be headed by Milver Reyes.  The 37-year-old Venezuelan played as high as the Triple-A level during his playing career before turning to coaching.  Reyes played with the CrossCutters in 2003 and 2004 as a member of the Pirates organization, before Williamsport was affiliated with the Phillies.

The Cutters' pitching coach is set to be a returning Hector Berrios while hitting coach duties will go to Joel McKeithan.  Berrios, a Puerto Rico native, is an eight-year minor league veteran hurler with a coaching career that dates back to 1998, including the most recent four seasons with Williamsport. McKeithan, an infielder during his playing days, McKeithan played collegiate ball with Vanderbilt and NC State before moving on to play professionally in the independent Frontier League.  The 28-year-old spent his first season as a pro coach, last year, with Williamsport as well.

Chris Adamson joins the Phillies organization to take the reigns as manager of the Class A Lakewood BlueClaws.  He'll be joined by a pair of returnees as well, in pitching coach Matt Hockenberry and hitting coach Christian Marrero.  Additionally, coach Geoff Jimenez will join the group as well.

Adamson is currently the skipper for the Adelaide Giants in the Australian Baseball League, where he manages a few Phils minor leaguers including catcher Logan O'Hoppe, outfielder Ben Aklinski and others.  Adelaide is currently playing in the ABL championship series.

The 31-year-old Adamson was mainly a catcher in his playing days and has professional experience as a player in the ABL.  Hockenberry and Marrero will each be entering their third season coaching in the system and their second year with Lakewood.

At Class A Advanced Clearwater, Pat Borders will make the jump from Williamsport to take over as manager while Hector Mercado will be pitching coach and Chris Heintz takes on the hitting coach duties.  Mycal Jones is in place as the team's extra coach.

Borders, a former World Series MVP with Toronto, had managed Williamsport for the previous five seasons.  Jones, a former 4th round pick of Atlanta, played seven seasons in the minors and independent ball and previously coached in the minors with Houston.  Mercado has big league pitching experience with the Phillies and Cincinnati.  Heintz played parts of three season in the majors with Minnesota as a catcher.

For Double-A Reading, Shawn Williams will return as the manager while Tyler Henson and Nelson Prada are back as hitting coach and assistant coach respectively.  Brad Bergesen moves up from Clearwater to join Reading as the pitching coach.

Prada has been coaching with the Phillies organization dating back to 2013.  Henson, previously a player in the Phils system, has coached with the Phils since 2016.  Bergensen has big league pitching experience with Arizona and Baltimore.

At Triple-A Lehigh Valley, Gary Jones will be back as the team's manager.  Former Phils bullpen arm Aaron Fultz joins the IronPigs as pitching coach following a year with Reading.  Darryl Robinson, who played professionally for 12 seasons, joins the club as hitting coach.  Greg Legg returns as a coach as well.

For Jones it's his third season in that role and his 30th as a coach or manager.  Legg's tenure as a Phils developmental coach dates back to 1994.  Fultz has coached at A ball, Advanced A, Double-A and now Triple-A in the Phillies system.

Other minor league team staffs are as follows...

In other news, Reading announced on Friday that former Phillies backstop and 2008 World Series champion Carlos Ruiz will return to Baseballtown on May 30th to be present for a ceremony in while the team will induct him into the Reading Baseball Hall of Fame.  Tickets, which are sure to be a hot item, are already available to purchase at the following link.