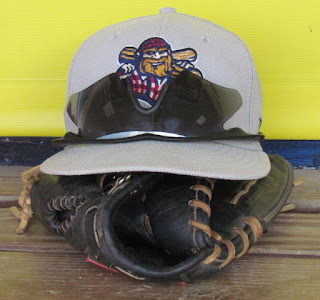 As the organization continues to move toward a revitalization, the Phillies have named their new director of player development, plucking a rising leader from the one of the major leagues' newest forces, the Houston Astros.

Per TheAthletic.com and other outlets, former professional player and manager Josh Bonifay has locked down the position of the "general manager" of the Phils' farm system.

Bonifay's father, Cam Bonifay, was general manager of the Pirates from 1993 to 2001.  While in charge of the Pittsburgh club, Cam drafted Josh twice (in 1996 out of high school, when Josh chose not to sign, and in 1999 as a junior out of UNC Wilmington).

The younger Bonifay played eight seasons in the minors, posting a .284 batting average and an .842 OPS, reaching as high as the Double-A level.  The year he signed, Bonifay played with the short-season Class A Williamsport Crosscutters, which has since changed from a Pittsburgh affiliate to a Phillies affiliate.

In recent seasons, Bonifay was a coach in the lower levels of the minors for the Astros.  He also spent time as field coordinator for the Texas Rangers in 2017 and filled that same role for the Astros' minor league levels this year.

Bonifay replaces Joe Jordan, who resigned from his position toward the end of the 2018 minor league season.  Jordan had filled the role for roughly seven years.

There are reportedly still key vacancies to fill throughout the Phillies' developmental ranks including the role of field coordinator.  Doug Mansolino, who was considered, more-or-less, the "second in command" of the Phils' farm for the better part of a decade was relieved of his duties following the regular season.