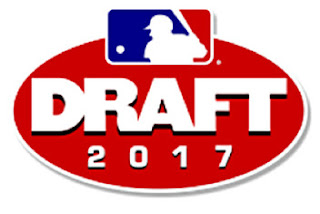 With the 8th overall draft pick the Phillies selected first-team All-American outfielder Adam Haseley out of Virginia on Monday evening.

Proving to be an offensive catalyst, Haseley reached base safely in 57 of his 58 games this year.

Haseley is described by MLB.com's Jim Callis as one of the best pure hitters available in the MLB draft.

Additionally in his college career, Haseley was a pitcher, helping his squad lock down the 2015 College World Series.  This season, he tallied a 7-1 record with a 3.58 ERA and a 10.1 K/9 mark in 11 starts. He is expected, however, to move forward as a centerfielder.

Projected higher on several mock drafts from reputable outlets, Haseley may have been a surprise to the Phillies to still be available when their turn came.

At Virginia, Haseley played for head coach Brian O'Connor, who previously helped develop former Phillies All-Star Brad Lidge, another first round draft pick (1998), when he mentored the hurler as a coach at Notre Dame.

Video footage of Haseley in action offensively can be seen in the embedded media players below.

Haseley has been compared to a Jacoby Ellsbury type of player; a guy that can hit for a very good average, but may not have the most power.  Looking around the system, the Phils may be deep with that kind of guy in centerfield.  See last year's top draft selection Mickey Moniak and Double-A Reading's Carlos Tocci.