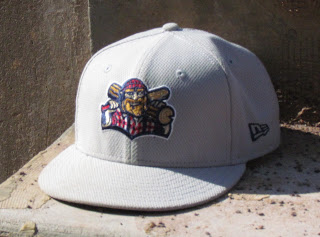 To kick off Tuesday night's twin bill at BB&T Ballpark, Williamsport left-hander Ranger Suarez was on point, mowing down the Auburn Doubledays (Nationals affiliate) lineup to notch a seven-inning no-hit shutout in the Crosscutters' 4-0 win.

The only batter to reach base for Auburn was lead-off man Blake Perkins in the opening frame. He would quickly be erased when the next batter grounded into a double play. It would be smooth sailing for Suarez from that point on.


The effort was the first complete game of the 20-year-old Venezuelan's pro career.

The offensive star in the gem was first baseman Darick Hall, who laced two doubles and drove in three runs for the Cutters.

Following the historic win, Williamsport would sweep the double header with a 6-2 victory in the night cap.  Double header games in the minors are scheduled for seven innings each.

The six-foot tall 180-pound Suarez posted a 3-0 record with a 0.65 ERA in six games for the rookie level Gulf Coast League Phillies last year after pitching for three season in the currently defunct Venezuelan Summer League.

Suarez was signed as an amateur free agent by the Phils in 2012.

At 24-14, the Crosscutters sit one game out of first place in the Class A short-season New York-Penn League's Pinckney Division.