Another retirement announced out of minor league spring training

By Jay Floyd March 08, 2015
With minor league camp underway and the initial work out groups list unveiled this weekend, thanks to Jim Peyton of PhuturePhillies.com (see below), a key question arose. Where is Larry Greene Jr? The omission of the Phillies' top selection from the 2011 draft (39th overall) has plenty of people wondering about his status.

Confirmed by manager of the Class A Advanced Clearwater Threshers, the 22-year-old Greene has retired from professional baseball.

Greene, a Georgia native, signed for a reported $1 million following the 2011 draft.  The Phillies retain the rights to Greene, if and when he decides to return to baseball.

Also of note from the list, per Legg, Andrew Pullin, who made an impact as the second baseman for Class A Lakewood last year (.270/.333/.394 in 129 games), will officially move forward as an outfielder, the position he played prior to being drafted as a 5th rounder in 2012 out of high school.

Additionally, multi-positional batsman Willians Astudillo, who was second in the Class A South Atlantic League in batting last year with a .333 mark, is listed as a catcher, where the Phillies hope he can catch on. Last season with Lakewood, the 23-year-old Venezuelan played first base, left field and catcher. 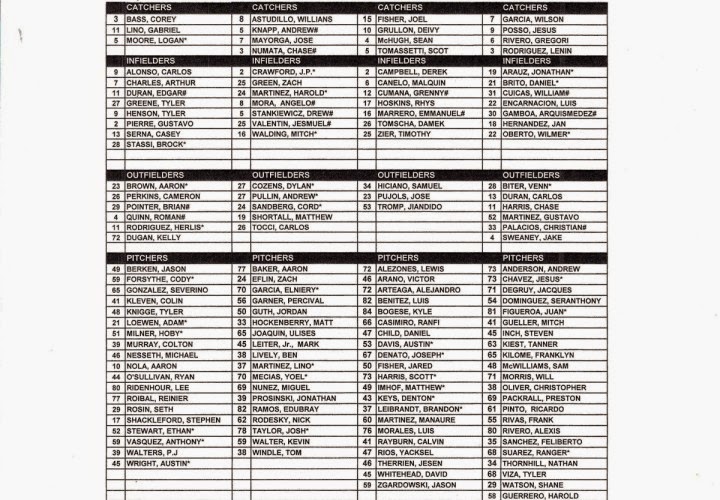 In recent days it was announced here on PhoulBallz.com that minor league slugger Jim Murphy's playing career was likely done after he was not offered a deal by an affiliated team this off-season.

It wouldn't seem that, based on recent news, Greene or Murphy will be impacting baseball odds at betfair.com going forward.  Perhaps Pullin and Astudillo could do so in the future, though.