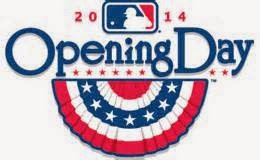 A brand new season is already more than a week old, but the home schedule for the Phillies is set to get underway on Tuesday.  For the team's 2014 home opener in which the Phils host the Milwaukee Brewers, the following is the schedule of events.


7 AM- The Majestic Clubhouse store opens.

3:13 PM- Line up on 10th St, behind the ballpark.  Fans not yet in the park can line up outside the stadium to view the 2014 make their grand entrance into opening day, as their led by the Cardinal O'Hara High School Marching Band.

3:22 PM- Fans are urged to be in their seats for pregame ceremonies as the team enters from the outfield down the red carpet.