By Jay Floyd June 27, 2016
In the midst of Monday's WWE Raw program on the USA Network, a tag team was billed as having the names of two Phillies prospects who were actually in the midst of a game at home in Clearwater, FL.

The show, being broadcast live from nearby Tampa, featured a pair of new-comer, enhancement talents billed as Carlos Tocci and Mitch Walding who were set to face off against the rising superstar duo known as Enzo and Cass.

The match ended in a squash with the known stars going over in a quick fashion.

Around the time of the match airing on TV, the Threshers were heading toward extra-innings against division rival Daytona.  Clearwater would go on to lose 6-5 in 10 innings.  Tocci went 1-for-5 and Walding was 1-for-4 with a walk in the contest.

Check out the embedded Instagram post below for video of the pair's announcement.  Below that is an image of the imposter Phils prospects.

*UPDATE*- The players offered their thoughts.  See below for that also. 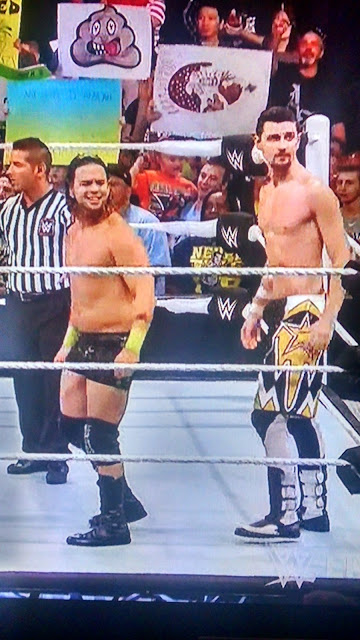