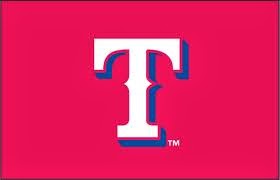 The 2014 season kicks off on Monday, as the Phillies open on a road trip, visiting the American League's Texas Rangers.  The newly renamed Globe Life Park will play host to both clubs' initial series of the season.

While the core of the Phillies lineup has looked the same for several years, the Rangers have new additions leading the charge into the 2014 season, namely Prince Fielder and Shin-Soo Choo.  Their first real test in their new uniforms will come against a familiar figure.

Phils ace Cliff Lee will be making his first return to the Texas mound since he pitched for the Rangers in the 2010 World Series.  Rangers hurler Tanner Scheppers will be making his debut as a starter after shining out of the bullpen last season.

Weather forecasts call for 80 degrees and partly cloudy on Monday in Arlington.  The teams will play two more games against one another there on Wednesday and Thursday.

Read ahead for details on the pitching match up plus plenty more stats.

Prince Fielder went 1-for-12 (.083 avg) against the Phillies last season.  Fielder batted .225 with a double and no RBI in the postseason last year.